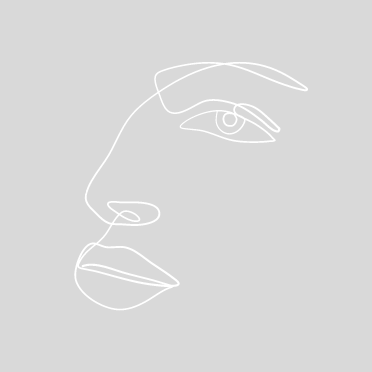 Alain Veilleux is a Canadian artist with an atypical trajectory. He started is artistic live at the beginning of the 80’ with performance art, radio art and trapeze in Quebec City. His necessity to developed physical art lead him to graduate for the National Circus School of Montreal in 1992. Finishing with a poetic trapeze duo piece called Phebus and Boree integrating off-voice, poetry discoursing (words and bodies) about desire and death as motor and determinism in life. This act was awarded in 3 international circus festivals; Verona-Italy, Tournai-Belgium and Wuquiao-China. Then, in 94 seeking for meaning of Art; he founds with others artivists a cell of Clowns without Borders in Quebec City, he goes to worked with a Circus Ethiopia, children’s circus project and start to work with the social circus project Cirque du Monde which will be the most important social circus project ever lead by Cirque du Soleil as trainer and then coordinator for Oxfam-Quebec for the south American projects, working with risk kids by day and professional artists by night, in Brazil and Chili. His involvement brings him to decide to work deeply in one only place, so with local artists he founded Circo del Mundo-Chile in 1999 and became the artistic director of this NGO. This social circus cycle ends with the year 2001 where he decides to go for new artistic challenges. In 2002 he moves to France and participate to the elaboration of the Studios de Cirque de Marseille side by side with Pierrot Bidon, first as aerial choreographer and then as artistic director working in different shows and companies as Circo da Madrugada, Circo Paradisio, Les Bleus de travail, AOC, Cirque Baroque among others companies. This seventh makes him toured in all Europe, north Africa and Japan. In 2008 back to Quebec he starts a new adventure where he’s integrating ethology in his considerations. He begins to work with the equestrian circus company Luna Caballera. He will do all the creation as artistic direction up 2013, 5 creations. This return to home soil is not fortuitous as he co-found the Centaurée, laboratoire de cirque, a new organisation working on the necessity to promote the decentralization of circus art as an emergent art form. The company create the festival 20 jours de Laboratoire de cirque and later Cirque en fleuve (4 editions from 2011 to 2015) with artistic residencies, cultural mediation, and an artistic program as a representation of the main project which is to build of a wooden hard circus in the country side (project aborted en 2014). In 2014 Veilleux received the Victor Martyn Lynch-Staunten Award for is outstanding artistic achievement by the Arts Council of Canada and the same year received from the General Governor’ Medallion for his contributions to strengthening the relationship between Canada and Chile. Back in Chile in 2016 to give a masterclass for 3 months, he starts back to energizing the community. In 2018-19 he realized the Laboratorio de creación Escritura y Territorio which took place from Iquique to Punta Arenas (6 cities). In this road trip he gets to know the concept of Anthropocene which changed his perspective of Art, putting together his social and environmental concerns. Since then, he started a series call Circus Manifesto, to realized up to now. The first one, Jardín de Invierno Circus Manifestó, was presented in the “Museo de arte contemporáneo” de Santiago en el marco del Festival Santiago Off en 2019, the second one is a video-circus call Solastalgia Circus Manifesto hybrid narrative work from circus talking about global crisis with the code of video. During the chilean social rebellion en 2019 he works with the circus school graduates of Circo del Mundo on a collective creation about the crisis, called Crónica Circense de un Estallido.