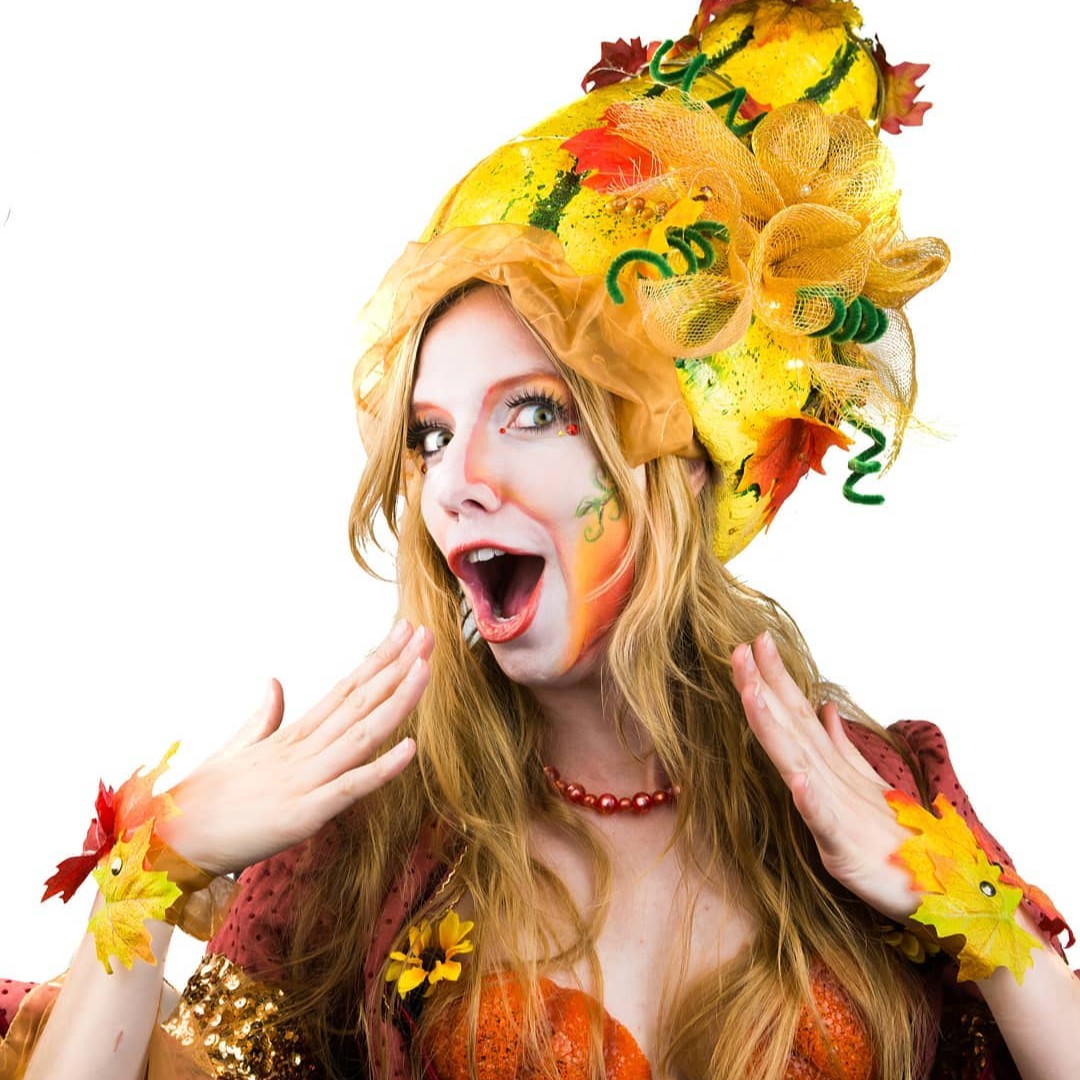 Louve has been enthralling audiences with her multi-disciplinary performances across the province of Quebec for almost 15 years. Over the years, she has partnered with Event Agencies, Production Companies, and Circus Troupes, as well as being a Producer in her own right. Equally at home working as part of a team, or individually, her first priority is always to capture and fascinate the attention of the public, as evidenced by the smiles that inevitably adorn the faces of her audiences when she performs. Performance Specialities: Fire; Stilt-Walking; LED enhanced Visual Animations (Juggling illuminated props); Uniquely Created Event-Themed Characters/Costumes; Tango Dancer Fire A native Quebecoise, Louve began her studies in theatre before reorienting herself towards Circus Arts. Her use of Fire in public performances dates back to her earliest shows in Quebec City in 2005. This led to her co-founding the Quebec City based Pyro Del’Arte Troupe, whose client list included: Carnaval de Quebec; Les Grands Feux Loto Quebec; Aquarium de Quebec… to name a few. Today she is a member of Les Feux de la Mascarade, a fire troupe comprising leading professionals in the field of Fire performance. Their accomplishments include co-creating Ka-Boum! and Que-Boum! two elaborate pyrotechnic shows featuring complex and hypnotic choreographies, and pyrotechnics. As an Educator, Louve has partnered with Garde-Fou, a non-profit organization, offering mentoring to the next generation of Fire artists. Through her teaching she promotes ’best practices’ in the field, prioritizing risk management, security, and safety. Unique Characters – Stilt-Walkers, Crowd Animators, Jugglers Louve has developed a stable of grandiose, colourful and funny characters over the years –– oddly enough, many drawn from the world of bugs and vegetables! Giant Butterflies, Bees… and members of the gourd family. Her ‘Mrs. Squash’ was a fixture at the Jardins de Lumiere at Montreal’s Botanical Gardens in 2018 welcoming its visitors, and has since made regular appearances at other public events. Additionally, in collaboration with the Montreal Insectarium she appeared in the form of numerous giant ‘bugs’ helping them raise awareness of ecological issues and advance their Education Outreach program. Her unique eye-catching costumes - inspired by the events for which they are being created - are all hand made by experienced Quebec costume makers, with an emphasis on using recycled and second hand materials where possible. Light Shows / Flow arts Louve offers striking visual performances, bringing the classic art of juggling objects into the 21 century, by integrating the latest digital technology out of Europe. Far beyond the objects themselves, the audience perceives the dramatic illusion of patterns and images being projected. Tango Since more is not enough, Louve is also an accomplished Argentinean Tango dancer, travelling internationally to attend high-caliber dance events. As such she also offers tango shows and demonstrations at cultural events, and to corporate clients.