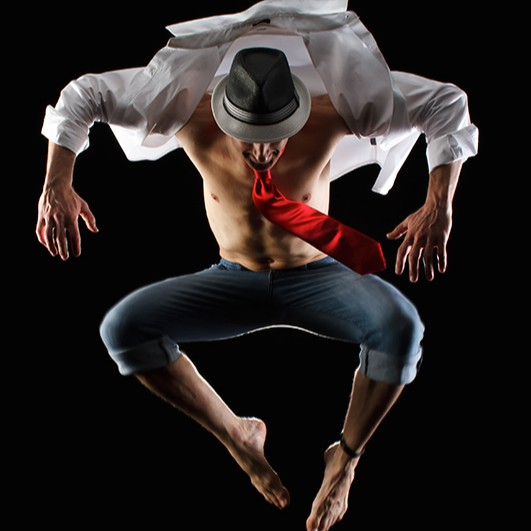 Showbiz is nothing new for Yves Landry. Since his childhood, he has had a great interest in it. Over the years, he has been a Disc Jockey, crowd animator, stage lighting designer, technical director, stage manager and much more. Versatility is his predominant personality trait. In 2010, at the age of 39, Yves was diagnosed with very advanced cancer. His life took a whole new turn. He then took advantage of his convalescence period to take stock of his life, to look for himself and find his true raison d'être. Winner of the disease one year later, he decides to undertake new life projects and to rediscover his artistic side that he has always kept in the closet. It is while devoting himself to the circus arts that he discovers that his sides, physical, kinesthetic, artistic and spiritual, are in perfect harmony for the very first time in his life. It is a rebirth, a new beginning, a new chapter that is beginning for him. Never would he have believed that the circus arts are becoming a great passion that he can no longer put aside. In 2011, he joins the Circus Stella troupe from Dieppe, New Brunswick as a stilt-walker. In 2012, he began training at the opening of a circus school in Moncton. He now adds to his skill set, circus artist, which includes the following disciplines: stilt-based acrobatics, aerial dance (aerial fabric, trapeze dance and rope dance), balance and hand-to-hand. It is through his passions and with his story that Yves now wishes to transmit his joie de vivre.