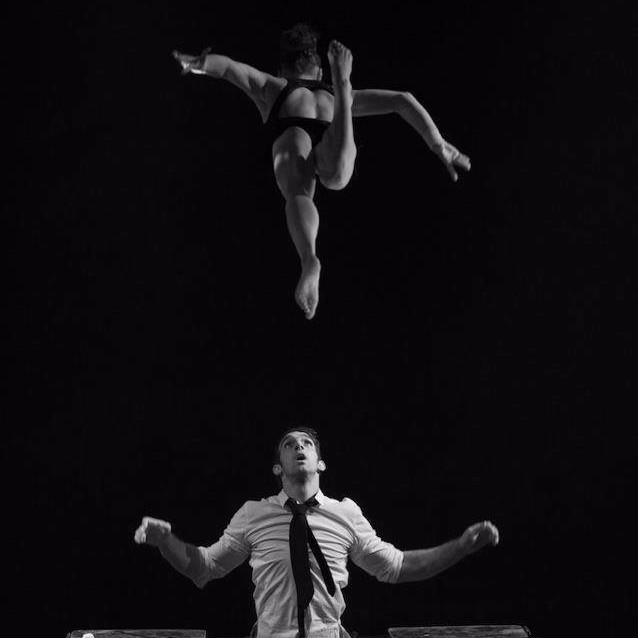 Alexandre studied circus performance at the prestigious National Circus School in Montreal. Specializing in both Russian cradle and Cyr wheel as his primary disciplines he has received various accolades for his performances over the years, touring internationally on all manner of stages from the Theatre to the Chapiteau. Awarded the Silver Clown at the 41st festival international du Cirque de Monte Carlo in 2017 he continues to be a strong presence in the international Circus community. In 2012, he broke all the records of the International Circus Festival of Budapest winning the Gold Pierrot for his Russian cradle act "Chilly and Fly" and the Bronze Pierrot for his Cyr wheel act "Circonvolution Improbables." It was the first time in history that a performer won two major prizes in one major festival. He also won the Alexander Grimailo Studio prize as well as the Palazzo Special Prize for "The most artistic in performance and style." To continue his artistic development he co-founded The ReCircle collective, a group of independent circus artists who came together to share a common passion: creative research around the Cyr wheel and other wheel based circus disciplines. This collective work allows them, through the different perceptions of each member, to transform the boundaries between a performer and his discipline, and to explore the human relationship with his most crucial tool, the wheel.