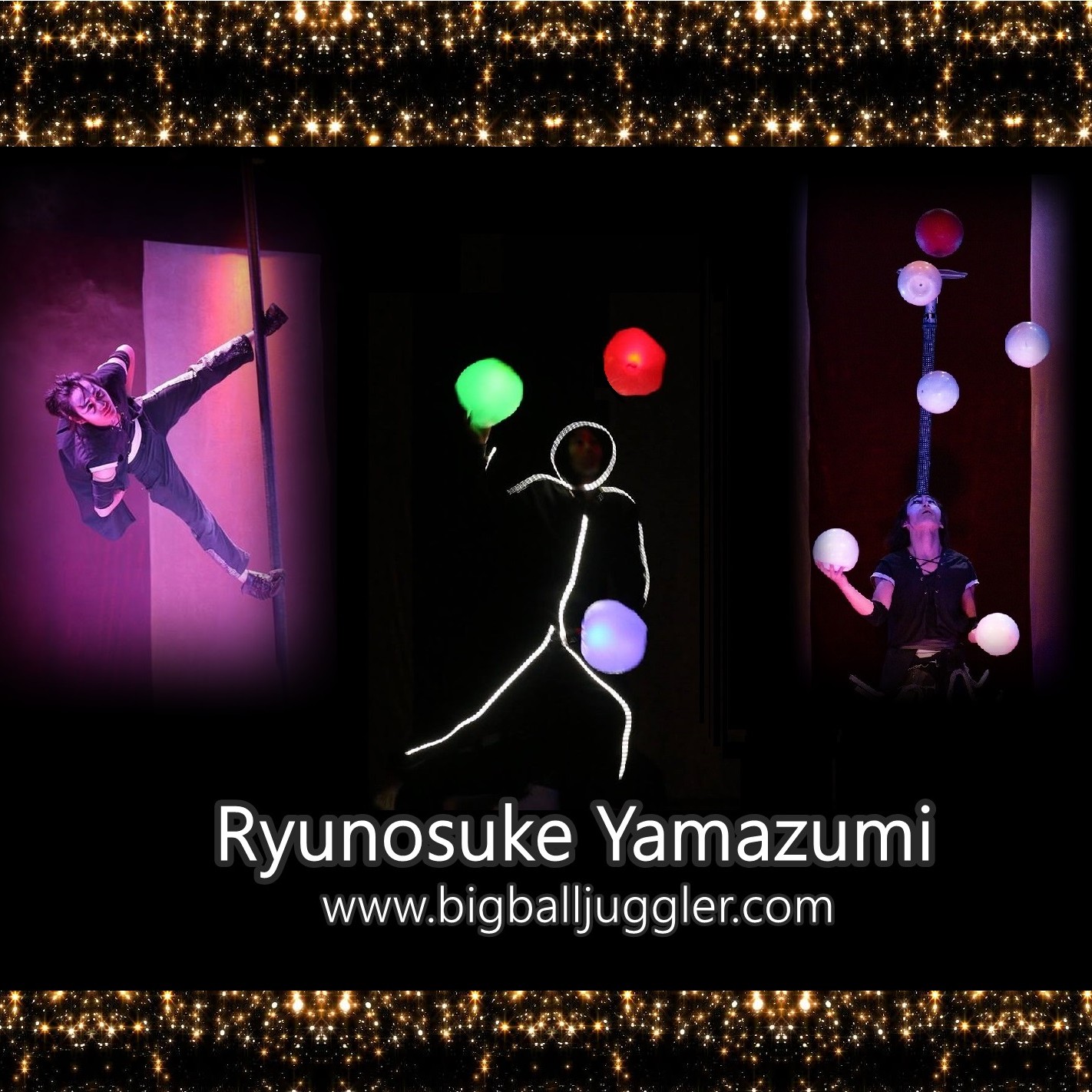 Ryunosuke, an extraordinary Japanese circus artist who is specialised in big ball juggling, chinese pole and LED show. He took an immediate shine as a juggler from a young age. Ryunosuke had a highly successful juggling career from a young age that is shown by winning a Silver Medal at Japan Otedama Championship and a Gold Medal at MJF Junior competition. Fascinated by circus, he began to study all performance-related arts. Later Ryunosuke, as the first Japanese man, got into Quebec Circus School where he created his ingenious Big Ball Juggling act, Chinese pole act and LED show. Ryunosuke has been performing his sensational acts for galas, circus companies - such as Cirque du Soleil, Cirque Eloize, Cirqovation and Boston Circus Guild - and variety of festivals of all over the world : in Canada, Germany, UK, USA, Russia, United Arab Emirates, Australia, Belgium, Africa, Malaysia and Japan. He won the First Prize in Extreme Talents 2009 in Quebec, the Second Place in the TV show Zoink'd in Canada and Jury's Special Prize at Izhevsk International Circus Festival and Circus Idol 2016 in Russia. His act was also selected for the Semi-Final in The Next Big Thing in UK. Ryunosuke continues to leave his audience of all ages roaring.