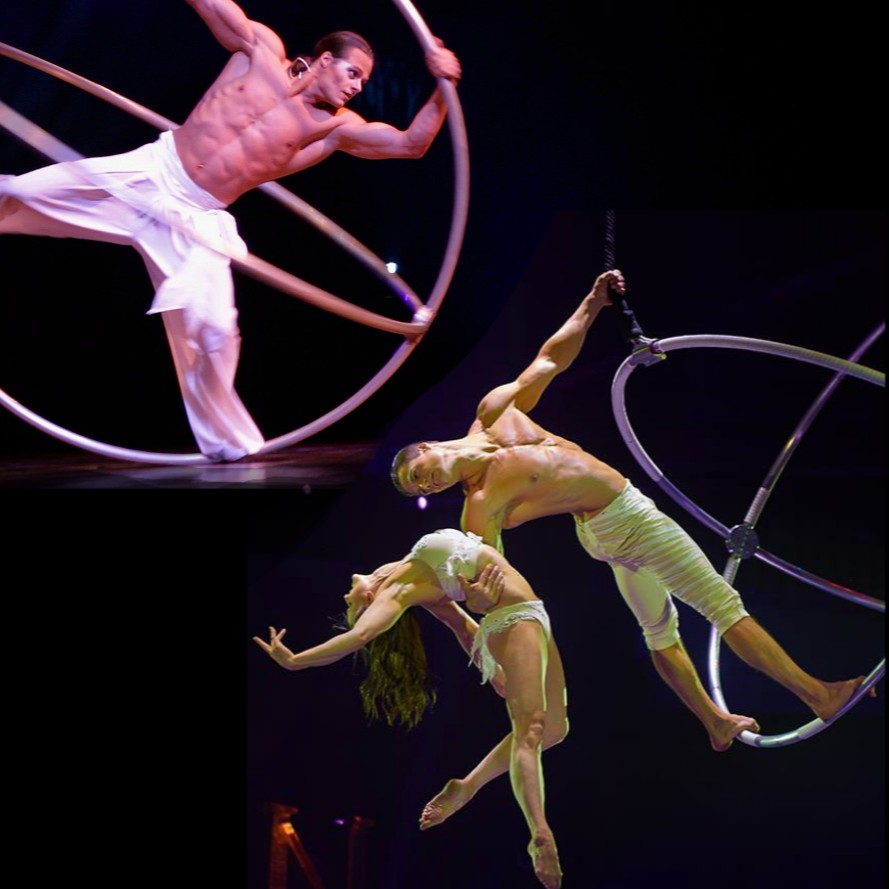 Strong of his 35-year career, first as a gymnast having finished 10th in Canada in 1998, it’s then with Cirque du Soleil that Jonathan Morin transitioned to open the door to what was to become a new and long career. With 22 years of experience in the circus arts, both acrobatically and as a physical actor, he has now offered more than 4,300 performances in more than 40 countries. In 2005, Morin managed to stand out in a very original way in the circus field by innovating with a unique in the world device that had never been seen before and of which he is still the only one to perform today. The Crossed Wheel was born. With this device, he pushed the limits and invested years to create two completely distinct performances with this same device to stand out from his peers in the industry. This innovation brought him great success on the international scene which earned him numerous honors in the best festivals in the world with his solo on the ground, and the aerial duo he built with his partner Marie-Eve Bisson. Now at 43 years old, Morin is at the peak of his art and continues to promote his circus life experience on multiple stages worldwide.