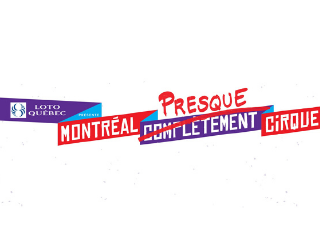 Nadine Marchand, Artistic Director of MONTREAL COMPLETEMENT CiRQUE was on Tout un matin on Radio-Canada today to announce a different version of the annual festival that normally takes place in the streets and theatres of the Quebec metropole in July.

Starting July 7, 2020, the festival will take shape in two ways. Unusual performances will be filmed Au hasard de la ville to make a series of short films, which will then be broadcast on ici.art.tv.ca, ICI Tou.tv and ICI ARTV.

With Bonheur mobile, an initiative initially conceived by Cirque Alfonse artists to brighten the lives of Hochelaga-Maisonneuve residents, circus artists will, this time, enliven several neighbourhoods across the city, including the Quartier des spectacles. The performances will be unannounced so as not to create a crowd.

Will you be lucky enough to see the performances near you?

Finally, in collaboration with Radio-Canada, a contest opens this Monday, June 29 at noon! Enter for a chance to win a pair of tickets to Cirque Alfonse's new creation, Animal, histoire de ferme, presented at TOHU next year, a one-year subscription to ICI TOU.TV Extra and two VIP passports to the 2021 edition of MONTREAL COMPLETEMENT CiRQUE. You have until July 31 to participate. The draw will take place on August 3 at noon.

Enter the contest (form in French).